... nothing is more essential to public interest than the preservation of public liberty.

London Bridge is falling down: George Orwell on Brexit

In his classic The Lion and the Unicorn: Socialism and the English Genius (1941), written in London at the height of the blitz, a patriotic George Orwell speaks to the essence of the English character, while critiquing the problem of economic inequality that dwells within the island nation.  Wide economic disparity continues to manifest itself in Britain in the light of today’s globalization along with many other socio-cultural discontents seething just beneath the surface – until the folly of the Brexit plebiscite was announced – bringing to the fore anger and frustration, and the loss of any pretence of English “gentleness”.[1] Popular culture is always anti-establishment, especially in England, and with it the anti-European Union forces were manipulated by lies, a gutter press and far too much of an emphasis on cheap emotion.  A thoughtless David Cameron, formerly known as prime minister, gambled in Napoleonic proportions, as if to march on Moscow, only to toss the secured unity of the U.K. out the window – in a day.

Here are some excerpts from Orwell’s The Lion and the Unicorn.  The intention is to help identify the English character, and to provide some context as to what happened to the vote on the night of June 23, 2016.

… the English are not intellectual.  They have a horror of abstract thought, they feel no need for any philosophy or systemic ‘world view’.  Nor is this because they are ‘practical’, as they are so fond of claiming for themselves.  One has only to look at their methods of town planning and water supply, their obstinate clinging that is out of date and a nuisance, a spelling system that defies analysis, and a system of weights and measures that is intelligible only to the compliers of arithmetic books, to see how little they care about efficiency.  But they have a certain power of acting without taking thought.  Their world famed hypocrisy – their double-faced attitude towards the Empire, for instance – is bound up with this.[2]

… the famous ‘insularity’ and ‘xenophobia’ of the English is far stronger in the working class than in the bourgeoisie.  In all countries the poor are more national than the rich, but the English working class are outstanding in their abhorrence of foreign habits.  Even when they are obliged to live abroad for years they refuse to accustom themselves to foreign food or to learn foreign languages.  Nearly every Englishman of working class origin considers it effeminate to pronounce a foreign word correctly.  During the war of 1914-18 the English working class were in contact with foreigners to an extent that is rarely possible.  The sole result was that they brought back a hatred of all Europeans, except the Germans, whose courage they admired.  In four years on French soil they did not acquire a liking for wine.  The insularity of the English, their refusal to take foreigners seriously, is a folly that has to be paid for very heavily from time to time.[3]

Probably the battle of Waterloo was won on the playing fields of Eton, but the opening battles of all subsequent wars have been lost there.  One of the dominant facts in English life during the past three quarters of a century has been the decay of ability in the ruling class.[4]

England is a family with the wrong members in control.  Almost entirely we are governed by the rich, and by people who step into positions of command by right of birth.[5]

The heirs of Nelson and of Cromwell are not in the House of Lords.  They are in the fields and the streets, in the factories and the armed forces, in the four-ale bar and the suburban back garden; and at present they are still kept under by a generation of ghosts.[6]

Posted by Joerge Dyrkton at 7:29 PM 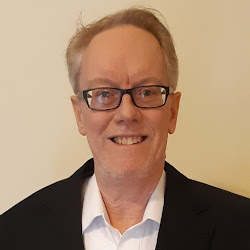 Revolutionary Europe in 1848 and Tiananmen in 1989: A Comparison

Joerge Dyrkton attended Trent University in Peterborough, Ontario where he graduated with an Honours B.A. in History. A Governor General’s Gold Medal winner and Commonwealth Scholar he earned his doctorate in Intellectual History at the University of Sussex under the supervision of S. Beynon John, John Cruickshank and the inimitable J.W. Burrow, F.B.A. (also his M.A. supervisor), later Chair in the History of European Thought at Oxford. He has taught across British Columbia and at the University of the West Indies (Jamaica).
http://jdyrkton.wordpress.com/